In Jewish communities across the globe we have been busy helping the people of Israel during their time of need.  A lot of amazing fundraisers are being conducted to help all kinds of people in Israel who need assistance, such as children in S’derot, wives of chayalim, wounded chayalim, and also for Lone Soldiers.  (“Lone Soldiers” is a reference to those terrific, dedicated youths that have made aliyah all on their own (i.e., without their parents and families) and have joined the IDF.)

A group of my friends joined together and we wanted to do something to help too.  We decided to help the Lone Soldier Center and hold a bake sale to raise funds for them.  Responses from Social Media were phenomenal, and people from all across the world have responded with words of support and encouragement, donations, as well as offers to bake for this worthy cause.

I plan to make a delicious Blueberry Cinnamon Pie for this bake sale.  The recipe is below and it is so easy to make in advance and freeze.

For more information about the Lone Soldier Center in Memory of Michael Levin visit: www.lonesoldiercenter.com

Extra cinnamon and sugar mixture for sprinkling on top

In a small bowl mix all the sugar and cinnamon together. Divide in half and use one half to sprinkle over berries. The over half set aside.

Place berries covered in sugar/cinnamon mixture in a 9 inch round deep pan.

Make a batter by beating the eggs and sugar until light and fluffy. Add the oil and vanilla and beat well, and then stir in the flour.

Bake for 1 hour until a skewer comes out clean. 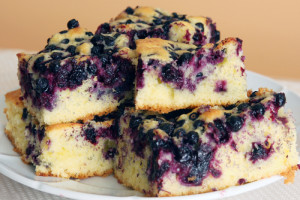